I understand from cousin G that the naming of he and his brother in his family was in traditional Scots manner, inevitable no doubt with the confluence of two Scots families.

Mum, the third daughter in her family, however, was supposed to be named for her mother’s sister, Anne Brown Lawrie following her birth at home in Ipswich? She related to me that my Granmother, Susan, sent her husband George down into town to register her birth. By the time he got there, he inadvertantly used the familiar form of Annie, registering her as Annie Lawrie Halley. Impossible to know now how much consternation there was about this with Granma who adored the sister who had raised her, but whom she was never to see again after their separate migrations. Also impossible to know if his error was due their day to day referring to the beloved sister as Annie, or whether he had the beautiful song Annie Laurie in his mind…….

From George: I understood that Grandfather went to the registry office and told the clerk that your mother was to be named Anne Lawrie Halley. In the excitement he did not notice that the clerk wrote down “Annie”, for the reasons that you gave about the traditional Scottish song. This was not realised for some time. Grandfather was absolutely adorable when he was excited.

………….relaying my knowledge of your mother’s naming which came to me from my mother. I am not saying that it is correct. Mum would have been 7/8 when your Mum was born.

Anne herself favoured firmly being called for her Aunt.

Alexa Isabelle named for her maternal grandfather and  his second wife 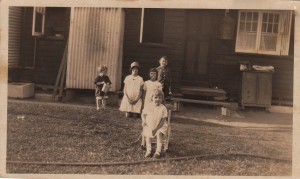 Other gems from George:

Did you ever go to the Saturday afternoon matinee at the wintergarden in Ipswich with grandma and him? He loved Tom and Jerry the most, any comedy with Jerry Lewis and the westerns. He would get so excited.

I may not have told you but George Tyler had an aunt, Annie Lawrie. She died at 2 due to undiagnosed influenza. Her mother never forgave herself. She grieved for that child till the day she died as did George’s mother, Susie Tyler.

Westering Home
“Westering Home” was written by Hugh S. Roberton, a Glaswegian, composer and  Britain’s leading choir-master for fifty years, in the 1920s. It runs as follows:

Westering home, and a song in the air,
Light in the eye and it’s goodbye to care.
Laughter o’ love, and a welcoming there,
Isle of my heart, my own one.

Verse 1
Tell me o’ lands o’ the Orient gay,
Speak o’ the riches and joys o’ Cathay;
Eh, but it’s grand to be wakin’ ilk day
To find yourself nearer to Islay.

Verse 2
Where are the folk like the folk o’ the west?
Canty and couthy and kindly, the best.
There I would hie me and there I would rest

We will be catching the Calmac ferry from Kennacraigh to Port Ellen on the Isle of Islay, and staying for two nights at Iskernish. Cannot wait to meet the canty and couthy and kindly folk there……

In 1992, I moved to my home at 9 Cribb St, Sadliers Crossing in Ipswich, staying for the next eight years. It was a lovely old place with beautiful Huon pine floor boards, providing a warm secure “couthy” home. I was immediately taken with the fact that the house had a name and a name plate on the front verandah……”Westhaven”, a safe place in the west! Auntie Lawrie lived 10 minutes away (such a sweet carer for Tom on a couple of occasions when he was unwell and couldn’t go to school). Mum (Anne), for many of those years would drive westering to us, cook a weekly roast, do some house-work, and polish the brass front door-knob and knocker. She certainly loved a home with those appointments. She had lovingly kept the knob, knocker and brass bell at Clayfield for some 45 years.

The other nearby home in that West was Raith[1] at 34 Roderick Street. This name is clearly associated with Kirkcaldy, both historically, as below; but also now – it has been the home of the Raith Rovers football team for over a hundred years. I wonder why exactly Susan and George chose that name for their house. Perhaps it was a relatively common house name in Scotland, based on the old Gaelic meaning, a small fortress. It was very “couthy”, as can still be perceived from photos which J and M took a couple of years ago. Looking at them is immediately transporting back 50+ years. 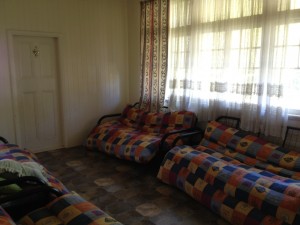 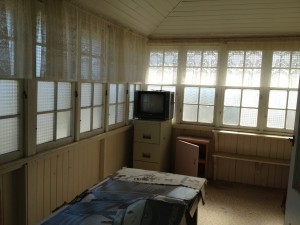 No apologies for The Corries again, they were the best. In fact, there will be more..

[1] Raith (Scottish Gaelic: rath, “fort” or “fortified residence”) was an area once stretched from south of Loch Gelly as far as Kirkcaldy and the Battle of Raith is said to have been fought here in 596 AD. Raith House and Raith Tower sit on Cormie Hill to the west of Kirkcaldy and several parts of the town are built on land formerly of the Raith Estate, although the modern housing estate bearing the Raith name dates from long after the origins of the team.