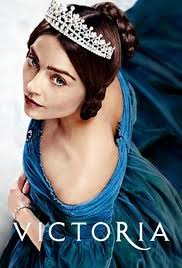 Gloriana, Hallelujah, the principal soundtrack to the series gets into your head, sung by The Mediaeval Baebes…….

Watching Season 1 of Victoria has been an absolute treat, dare I say it, even better than The Crown. (BTW, Men, eg W and TG, seem to really enjoy these royal biodramas!!). The settings of Buckingham Palace and Westmister Abbey and Windsor Castle have been substituted by other breathtaking palaces and churches. As with The Crown, the cast, the costumes (royal dress, mens and womens, and jewellery), the transport – in this case, horses and carriages, are outstanding; the politics of the day, fascinating to get a take on.

Jenna Coleman, recently from Dr Who, is more classically beautiful and slimmer than Victoria was, but similarly small at 5 feet 2 inches, whereas Victoria was 4 feet 11 inches, some 11 inches shorter than her reasonably elegant Prince Albert. Victoria was not a classical beauty, and was not driven by a focus on matters of her own physical appearance. However, she was very taken by Albert’s appearance, in many scenarios……

‘He is so sensible, so kind, and so good, and so amiable too,’ she writes, adding: ‘He has besides, the most pleasing and delightful exterior and appearance, you can possibly see.’

‘He is extremely handsome, his hair about the same colour as mine. His eyes are large and blue and he has a beautiful nose and very sweet mouth with fine teeth. But the charm of his countenance is his expression, which is most delightful.’

‘I just saw my dearest Albert in his white cashmere breeches, with nothing on underneath,’ – her journal recollection of inspecting a military parade in Hyde Park!

And Albert to Victoria prior to marriage:

Dearest, deeply loved Victoria,
I need not tell you that since we left, all my thoughts have been with you at Windsor, and that your image fills my whole soul.
Even in my dreams I never imagined that I should find so much love on earth. How that moment shines for me when I was close to you, with your hand in mine. Those days flew by so quickly, but our separation will fly equally so. Heaven has sent me an angel whose brightness shall illumine my life. Body and soul ever your slave,

Rufus Sewell plays Lord Melbourne, with whom Victoria had an intense and adoring relationship, in the first two years of her reign, prior to marrying Albert. The series suggests it was romantic, but Victoria’s letters relating to that period, (the ones that DID survive the redacting and burning of originals by her daughter Beatrice upon her death) affirm it was not romantic on her part. Lord Melbourne was forty years older than Victoria, and overweight in this later part of life. There is no doubt he was charming to her, as well as instructive and supportive, all very appealing to her as she had not known her own father, and had been cosseted from society til then. However, one biographer suggests that HE WAS romantically involved with her, and suffered from it to the end, some 11 year after her ascension to the throne. He had, earlier in his life suffered the scandal of his wife’s affair with Byron, (and the death of his son). He had had many liaisons since then, but never allowed himself a committed love again, til his role with the new young Queen (not to suggest the romantic notion in the head was ever enacted in any way – safe it was within the constraints of their roles). Melbourne managed to live at the Palace for a couple of years during this early time, and was devasted as Victoria became otherwise focussed following his retirement and her marriage. She wrote to him regularly for several years then, but this, too, faded, discouraged, as seen inappropriate.

Victoria was a very good horsewoman……..Jenna looks wonderful at side-saddle rides for pleasure, often daily (later dining) with Lord Melbourne, as well as for ceremonial parades. She was an accomplished drawer and painter, having been taught as part of her education, an accomplished musician and singer (sometimes with Albert), able to speak German (first language), English, French, Italian, and Hindustani (learning in 1876, on becoming Empress of India).

Queen Victorias Scrapbook online has been provided by the Royal Household, with compelling excerpts of her letters, her and others art works. 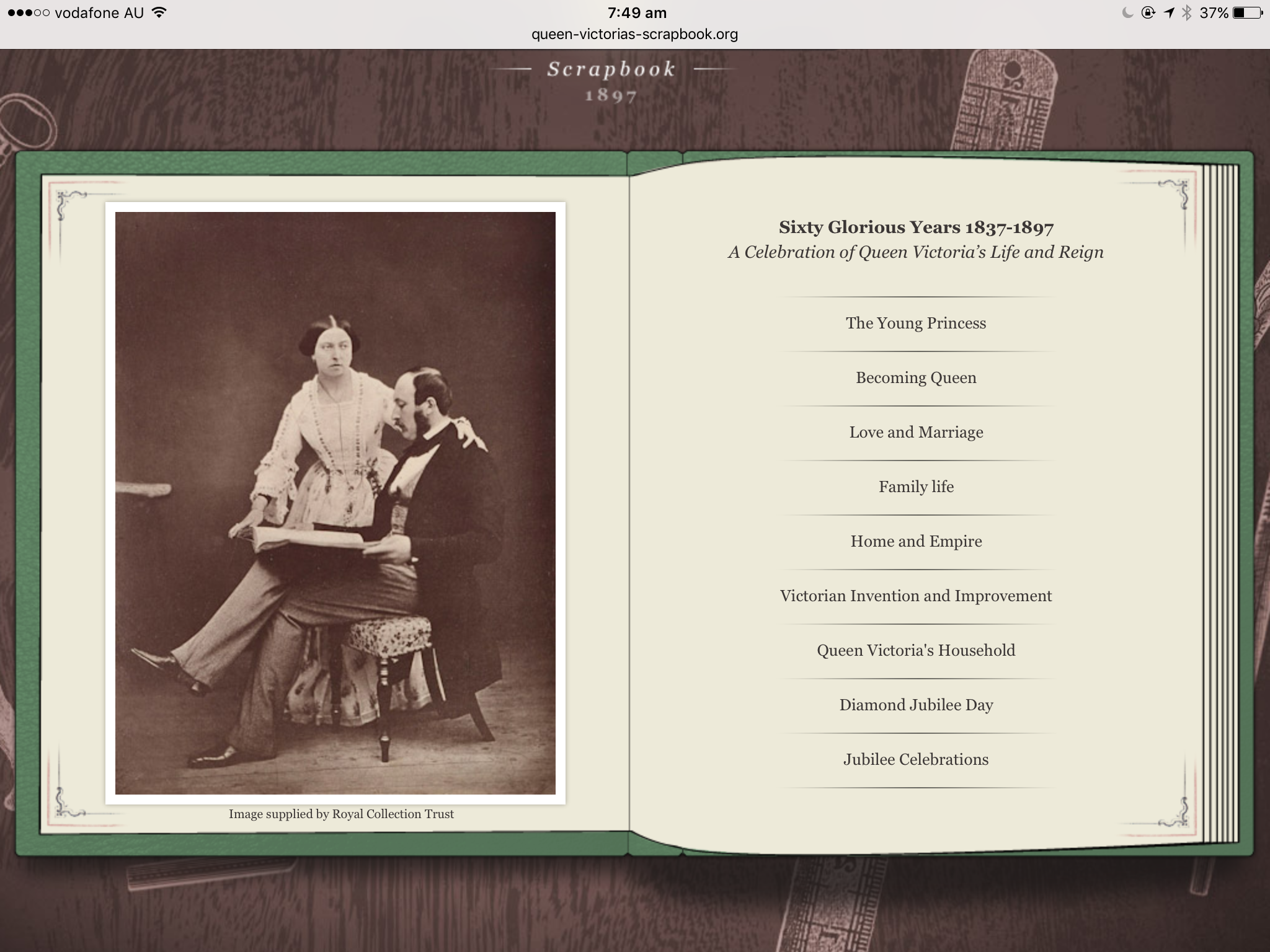 There is a surfeit of potential further spin-off reading…..

Victoria by Daisy Goodwin (script-writer for the Series)                     The Victoria Letters: The Official Companion to the ITV Victoria Series by Helen Rappaport

Victoria: The Queen. An Inimate Biography of the Woman Who Ruled an Empire by Julia Baird (Also of The Drum, Our ABC)

Victoria: A Life by A. N. Wilson