For years, I have been scanning and then Photoshop-cleaning an enormous trove of photos from Warwick’s family, which include photos going back five generations. Warwick grew up on a farm, Braedene, at Barryrenie, some 20km outside Cowra. At age 8 and a half years, Warwick was sent to school in Cowra, having done some distance education at home before that. A small selection of those photos follows. 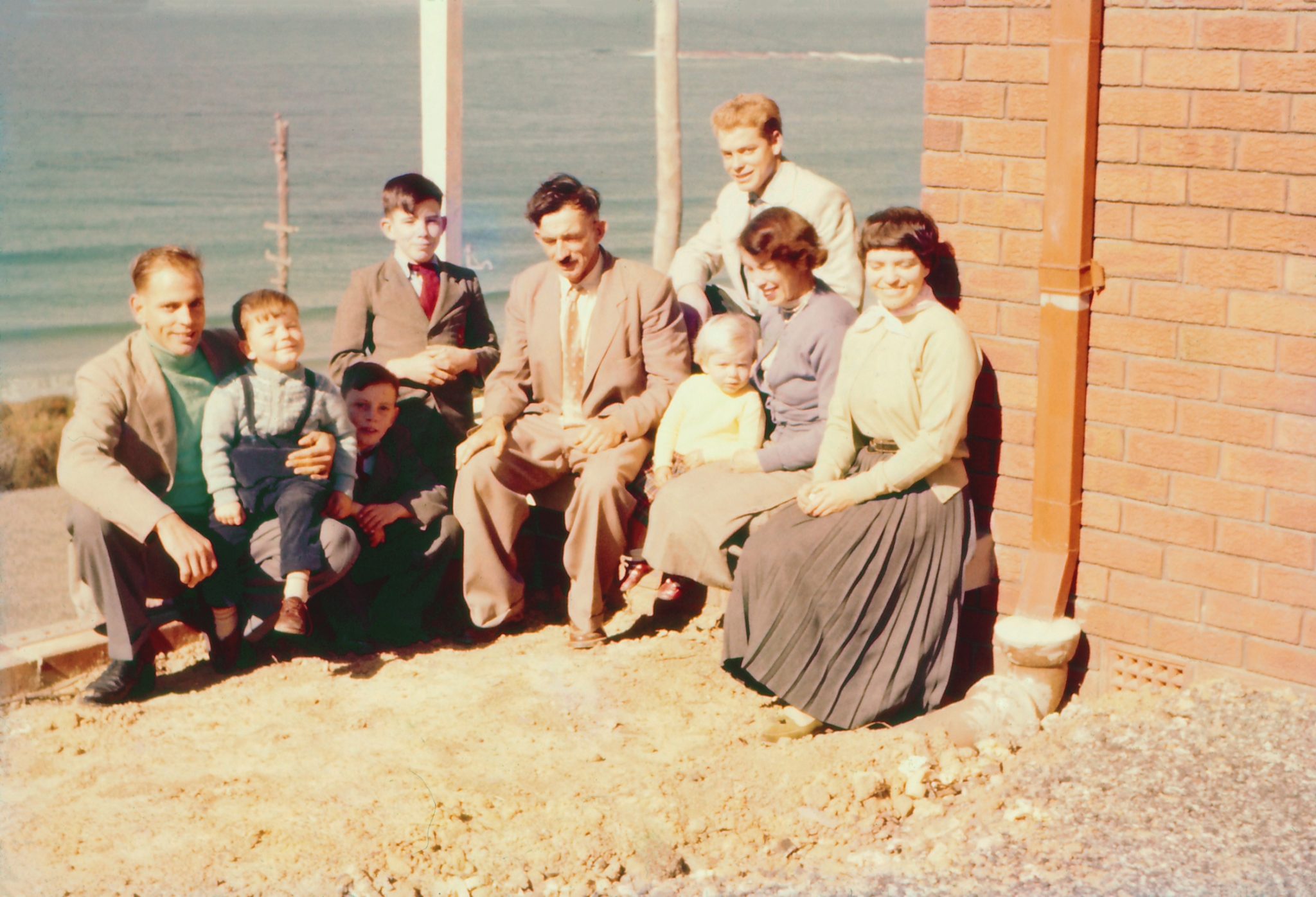 This was a family trip to Taronga Park Zoo. R to L: Little Warwick is on the knee of Uncle Jim, Allan on ground in shadows, Graham, father George, little Marnie, behind Uncle Wal, mother Beth, then Aunty Joan. 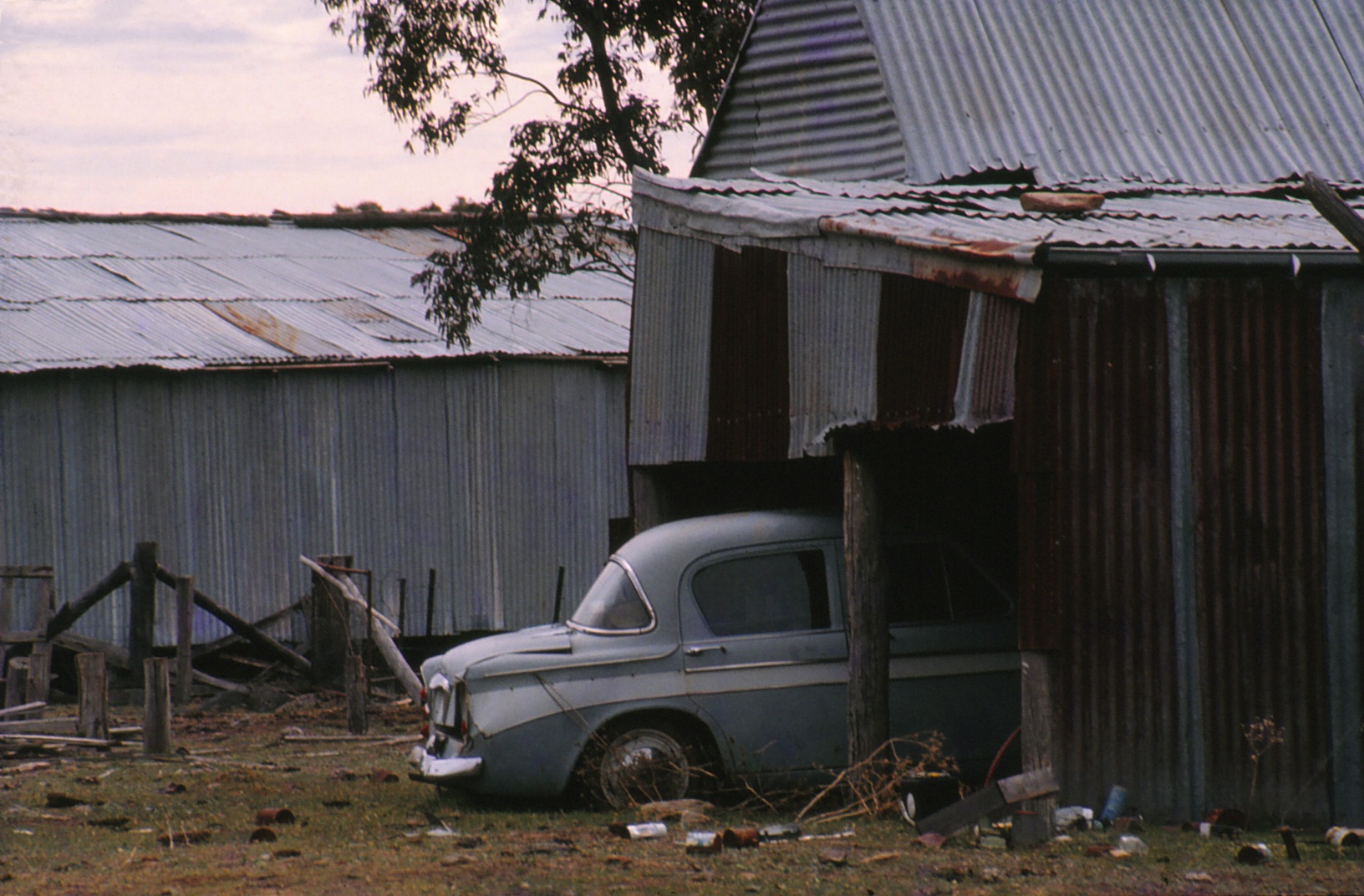 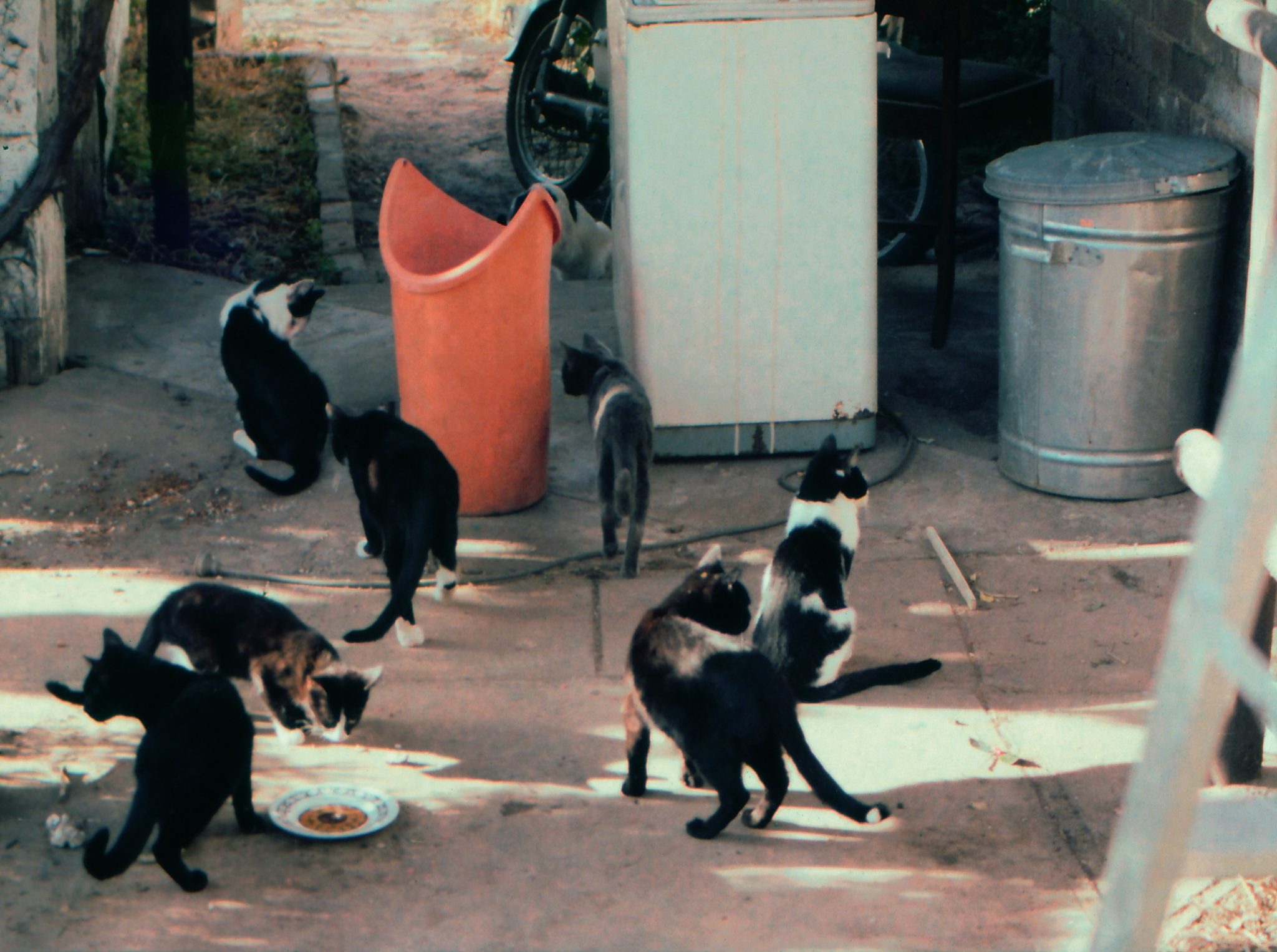 Farm cats near the tank stand

On property of eccentric friend way up in the hills from Braedene….. 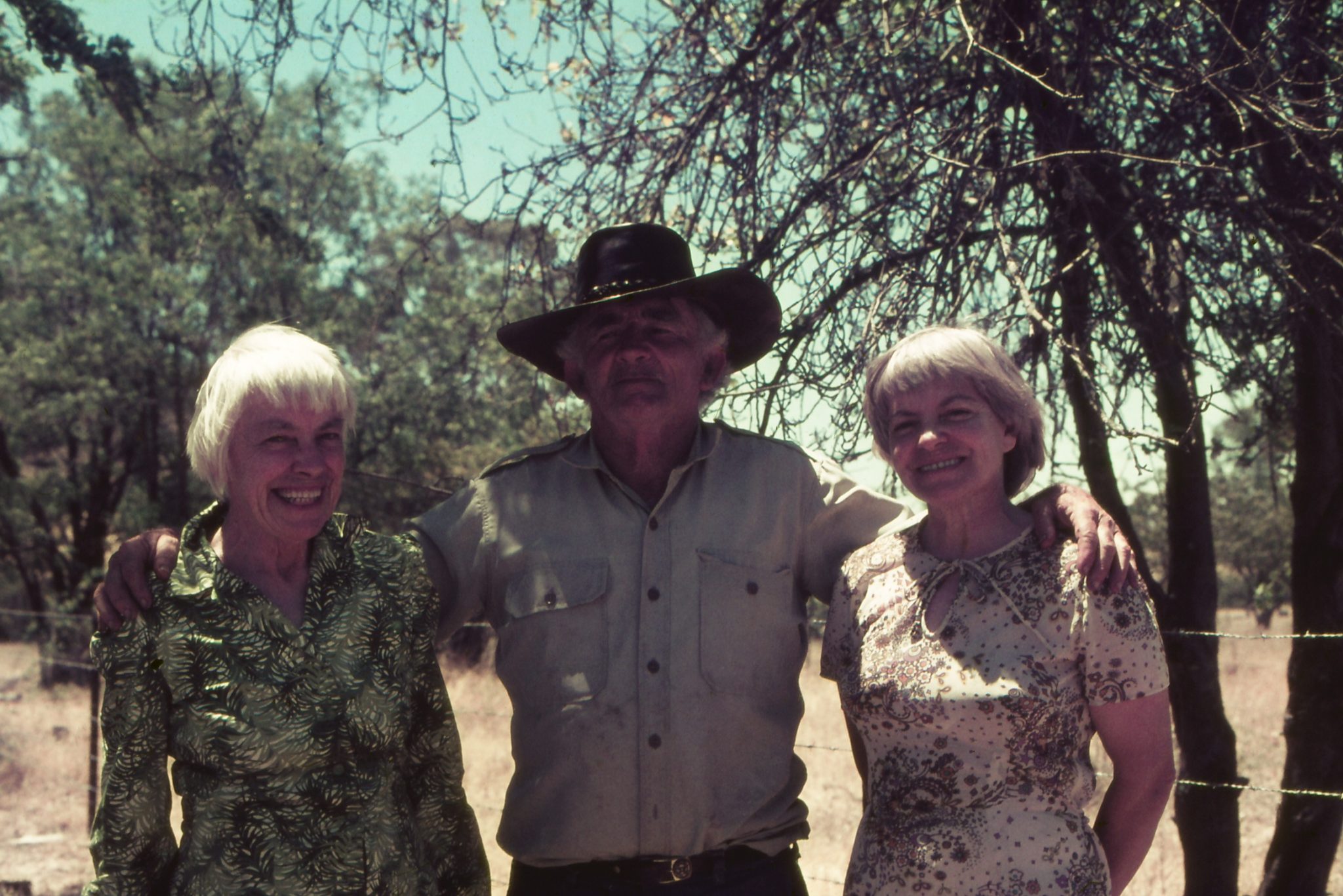 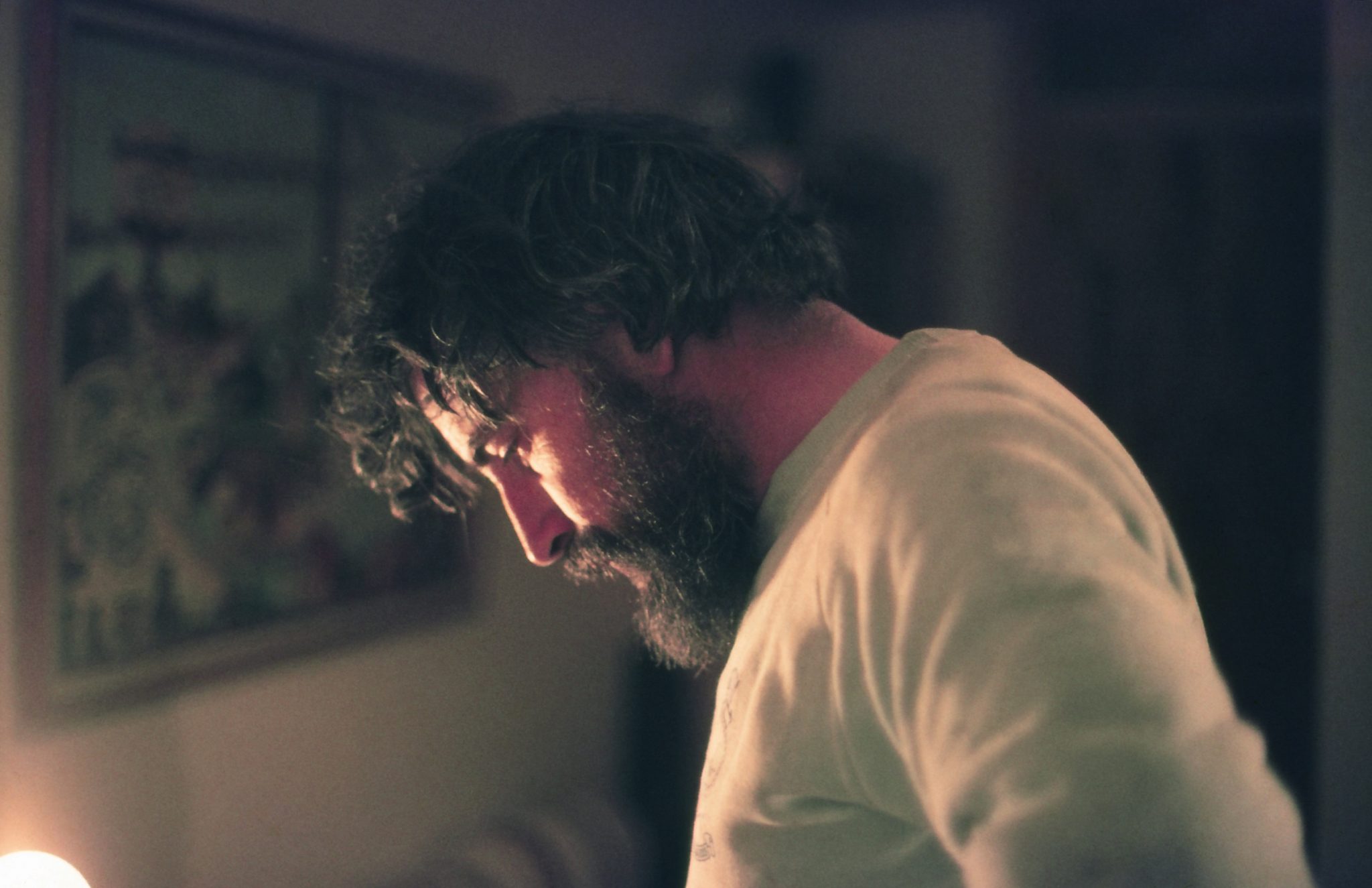 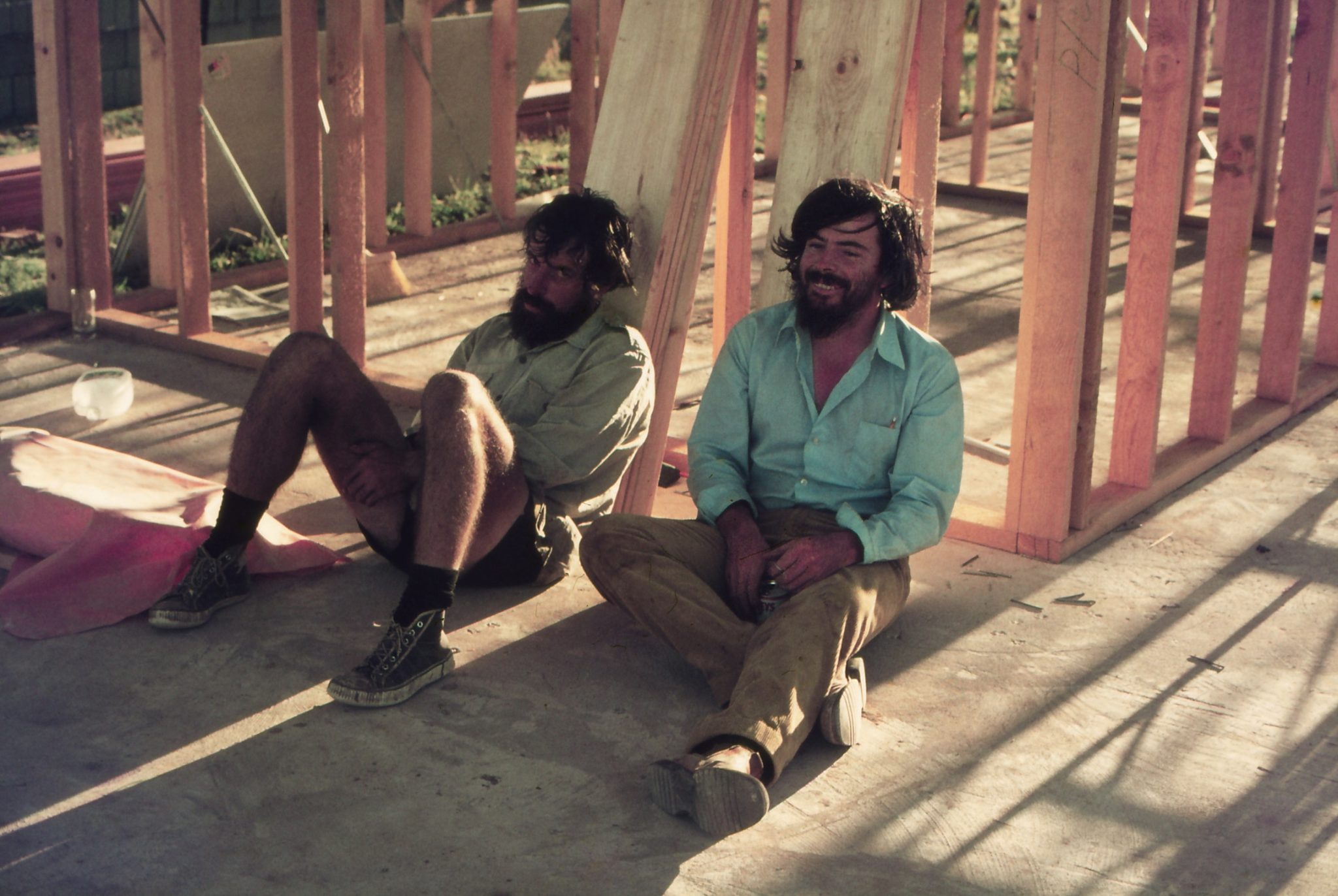 Rest from building the “new” house 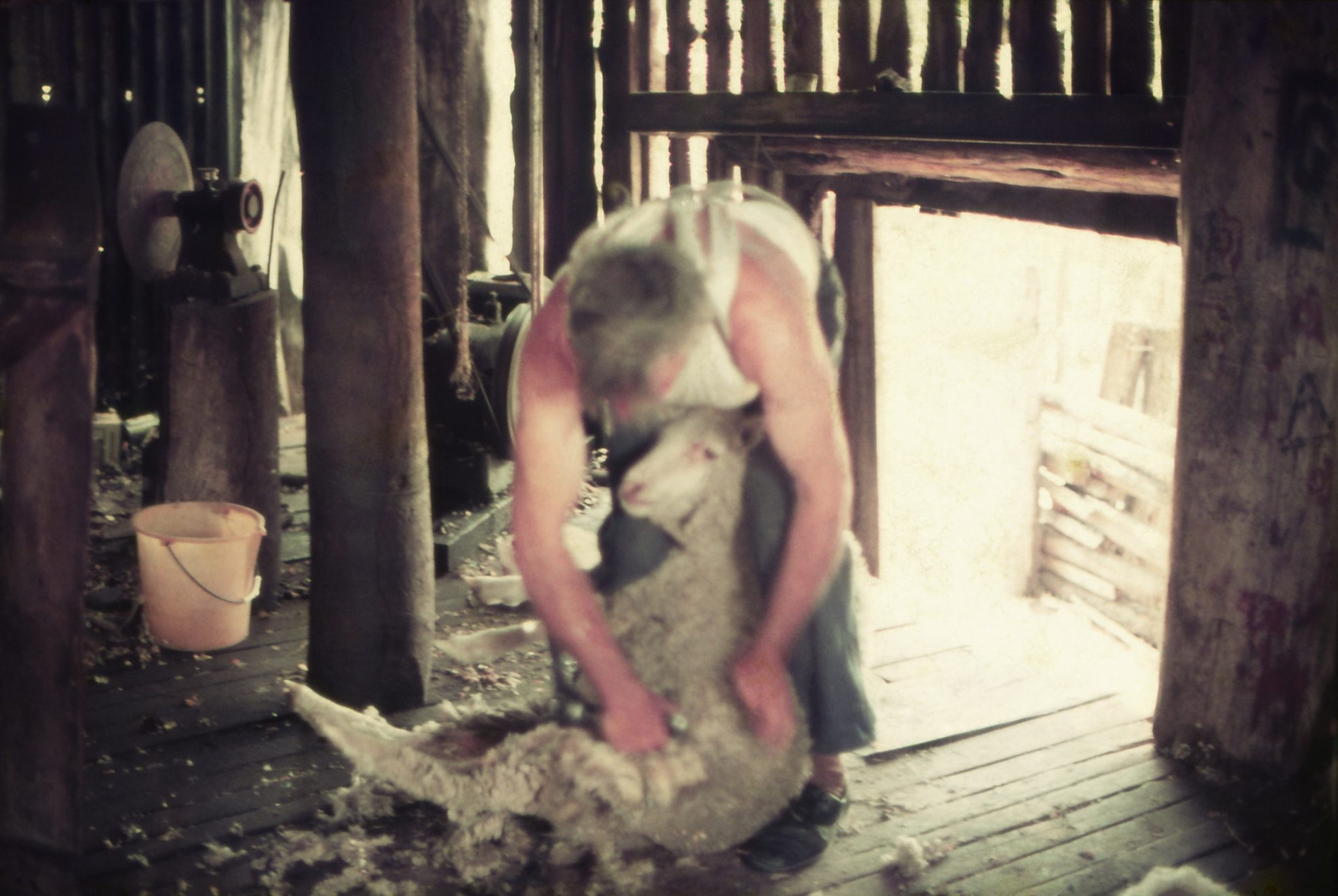 George shearing sheep. Warwick later did a painting of his father from this photo. 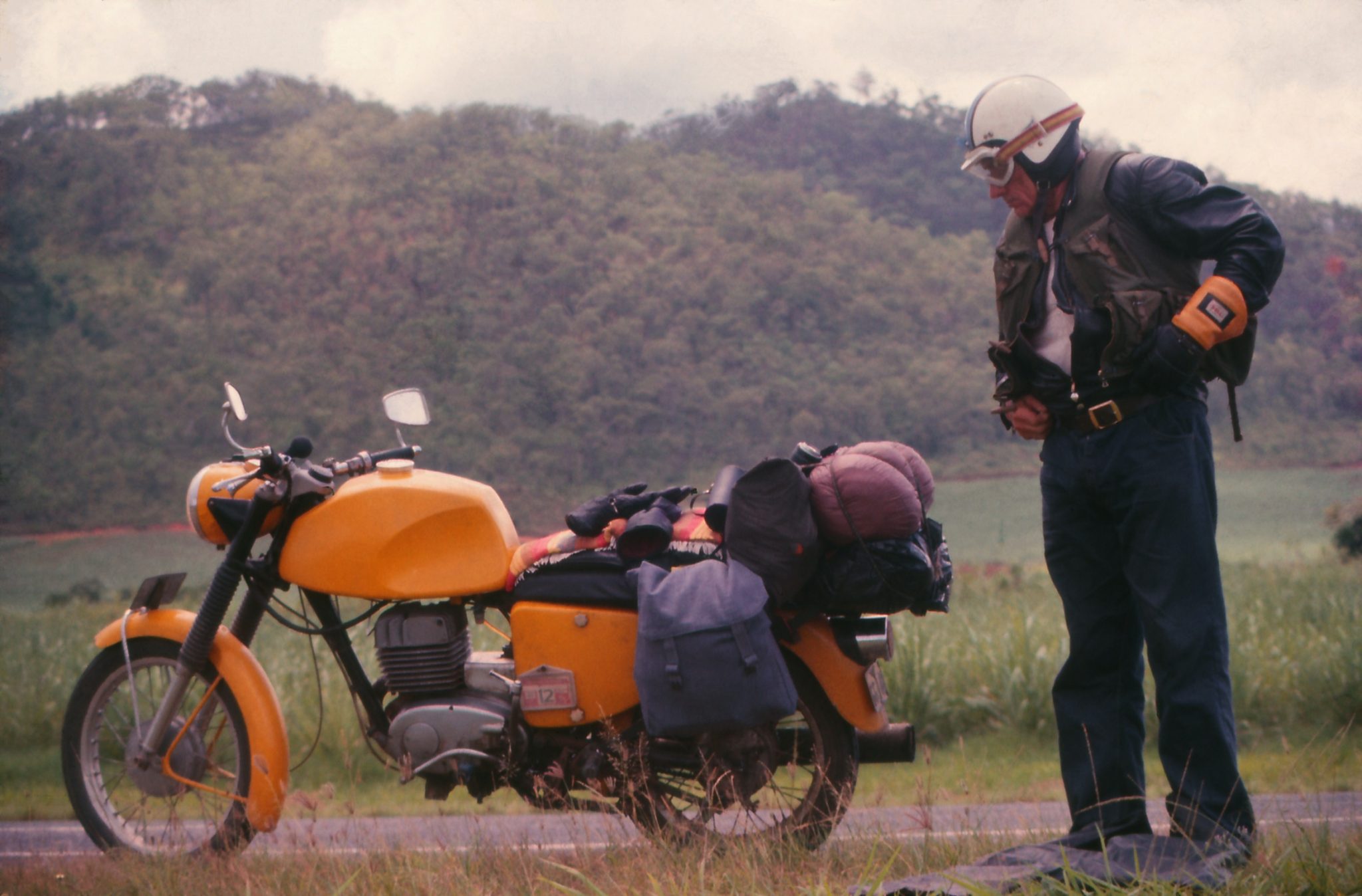 Warwick on the MZ250. Photo taken by Warwick on his round-Australia roadtrip at Julia Creek in late 1975.